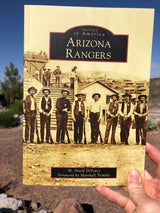 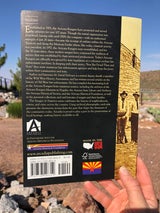 Established in 1901, the Arizona Rangers have protected and served the citizenry for over 107 years. Though the initial organization was short-lived, lasting only until 1909, the company with an authorized strength of just 26 men became the scourge of outlaws within the Arizona Territory and along the Mexican border where, like today, criminal activity was prevalent. In 1957, the Arizona Rangers were reestablished, and for the 50 years since, these modern rangers have continued the tradition of service that was established by their territorial predecessors. Today's Arizona Rangers are officially recognized by state legislation as a volunteer civilian law enforcement auxiliary. In keeping with their motto, Few But Proud Then and Now, they assist numerous law enforcement agencies and help keep the peace within their communities and state.